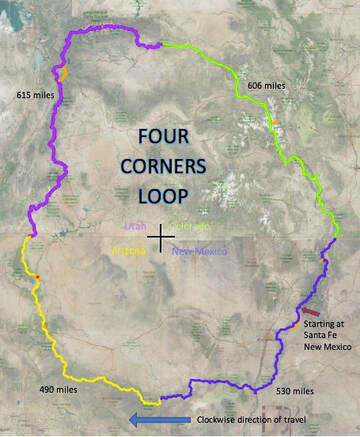 ​The Four Corners Loop is a collection of routes / trails, lightly traveled jeep roads that can be connected to from a path in the shape of a very large circle. The center of the trail circle is the actual four corners region made by the border intersections of New Mexico, Arizona, Utah, and Colorado. The circular shaped route / trail is approximately 2,352 miles long.

This trail is the idea of Kevin Koski who is knows as "The Animal"  on the CDT and PCT. Kevin received this trail name from Garlic Man while hiking the Continental Divide Trail in 2004, because he speeds up on loose rock and steep snow. Kevin continued to use this name during his 2014 Pacific Crest Trail through-hike and used it while hiking the Four Corners Loop.
​
The inspiration for this trail came from the United States Geologic Society map titled "Geographic Face of the Nation - Elevation". When looking the elevation map you can see a general circle of mountains ranges and high ridges that forms a large diameter circle around the four corners.  After this circle of mountains appeared to me I thought it must be hiked, and this needs to be a new National Scenic Trail.

I am a volunteer with Olympic Mountain Rescue and have access to a mapping program called SARTopo. Since 2018 I have been using SARTopo to virtually explore and create my route. Now that the route has been followed with my own two feet, it shall forever be knows as the Four Corners Loop.

2021 is the first known hike of this route but not the last.  It is my ultimate goal to have this route be hiked by others while allowing it to shift as necessary to make a wonderful hiking experience while keeping the general loop shape.  New and better paths that others who follow me will allow the FCL to morph into the nations first large diameter hiking circle.

​Ultimately I would love for Congress to vote and add the Four Corners Loop as a National Scenic Trail under the National Trails Act of 1968. 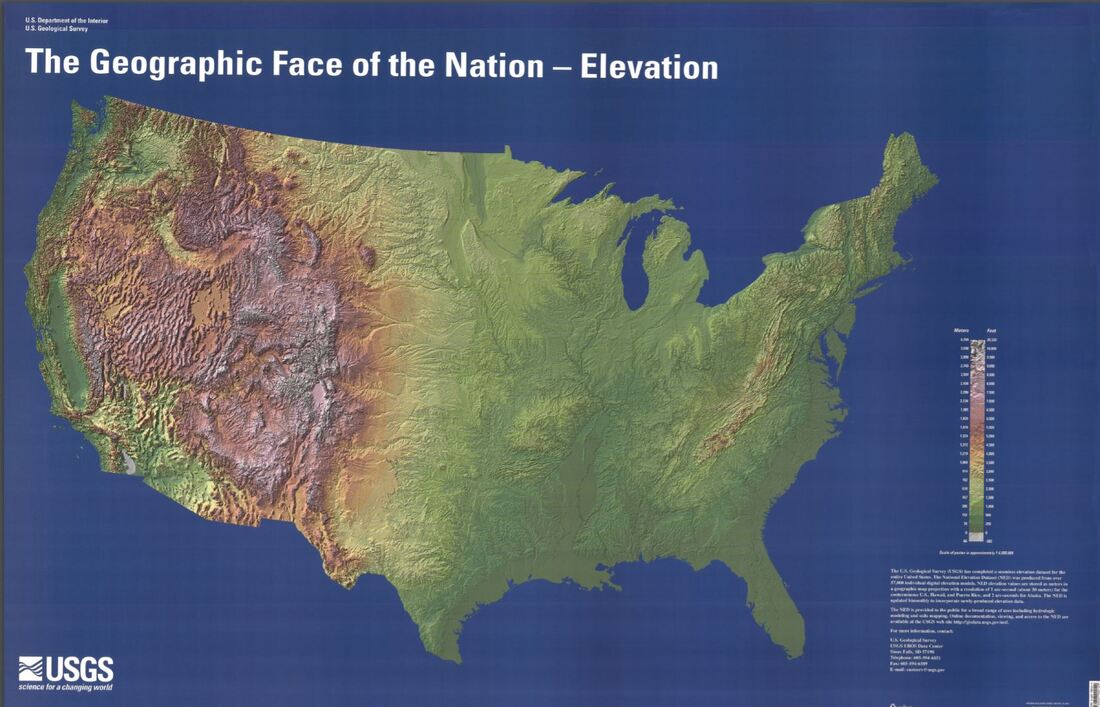 Thank you for taking the time to read about the route of the Four Corners Loop.
CAUTION / WARNING / NOTICE / DISCLAIMER:
This trail idea has now been hiked but is not really an official trail by any governmental organization, it is my invention and I make no claims that it will actually work for others.  The route was dreamed up and researched for three years.  It was first through hiked by Kevin Koski in 2021.  I do want this to be a new trail others hike, but take no responsibility to the accuracy to the route, the water sources, and my map even has several places where travel is required off trail.  I fully expect this route to morph and change as I hike it, discover impasses etc.  When finished I will make route modifications from my experience.  When I finish I will have took notes on what worked and what did not.  I will use these notes to further refine my maps.  Where this association leads is up to me because as of 2021 the Four Corners Loop Association is a group of one - Kevin Koski.
Private Property Disclaimer:
This trail has been hiked, some of my lines on the map page are drawn over private land because it as the obvious scenic and logical path.  I avoided most private land and sometimes did find myself on the back side of a property line in the middle of no where so I apologize. Nothing on this website provides any permission to cross private lands.  Many places where you can see my line near private lands I have routed the path to follow public accessible roads.  There are places where this is impossible and either letters need to be written by you the new hiker, or new routes need to be found.  Maybe one day this idea can take off and easements can be granted.
Powered by